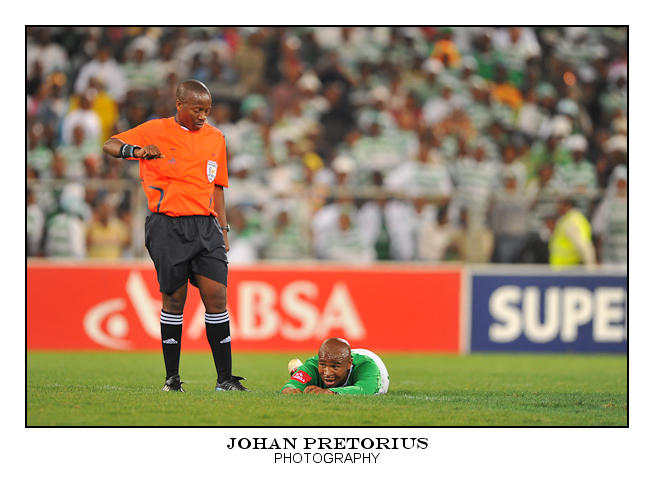 Prince Olomu stole victory in his side’s match against Kaizer Chiefs on Wednesday night at Vodacom Park. Scoring in injury time Olomu kept Bloemfontein Celtic’s unbeaten run going as Chiefs continue on their downward spiral.The Amakhosi certainly settled the quicker of the two teams and found their passing rhythm early on in the match.

Celtic, on the other hand, looked at sixes and sevens and were lucky not to go behind in the seventh minute when Tshepo Bulu pulled the best out of the Phunya Sele Sele goalkeeper. Bulu picked the ball up just outside the 18 yard box and fired a powerful shot that saw Patrick Tignyemb diving full stretch to his right to deny the Chiefs striker.

The Soweto giants began to control the midfield and started dictating play. Consequently they began pushing more players forward in search of the opening goal and left themselves vulnerable to the counter-attack.

And Chiefs nearly paid the ultimate price in the 15th minute when Patrick Malokase broke on the counter and found himself one-on-one with the Amakhosi keeper. Arthur Bartman, however, did brilliantly spreading himself well to block the Celtic player’s effort.