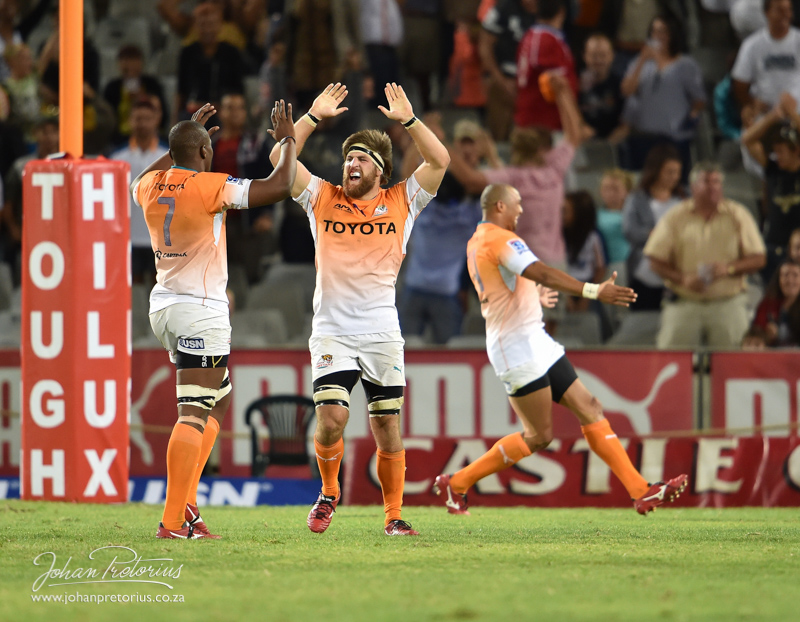 The Toyota Cheetahs may be two from two, but they’re definitely not resting on their laurels at the moment.

The Bloemfontein side had a lucky escape against the Auckland Blues, prompting coach Naka Drotske to express relief about the win through Joe Pietersen’s boot, but knows they will need a more all-round performance ahead of facing the Vodacom Bulls this weekend at home.

While the wind played a part in Friday night’s game, the Cheetahs are certainly not happy with their own performances, even though they scored some exceptional tries in the process.

The Bulls will arrive on a high having recorded their first win of the season against the Cell C Sharks and will be desperate to grab an away scalp.

Drotske said that while his side was happy with the victory, they weren’t happy with a number of aspects in their play, which they will need to deal with this week.

“Of all the facets, only the scrums stood out as an area we were satisfied with,” Drotske said.

“The rest, even the way we defended. Where we were good in our last game, this time out we gave the opposition too much momentum, too much space. It’s lekker to play badly and win, it’s better than playing well and losing.”

But the coach said the message was clear in the change room after the game.

“Everyone in the change room was happy that we won but weren’t happy with the way we played. That’s a good sign.”

The Cheetahs scrum is sure to test the Bulls this week, especially with how their Pretoria scrum creaked in the opening rounds of Super Rugby.

And the one impressive part of it all is how Coenie Oosthuizen has adapted to his role at tighthead, showing the amount of effort he has put in over the off season.

“A lot of credit must go to Coenie and Os (du Randt, forwards coach), we had a lot of criticism last year of Coenie and Os,” Drotske added.

The Cheetahs will wait on word of loose forward Willie Britz, who has a hamstring strain and will be assessed Monday but it is expected he will miss the match against the Bulls.