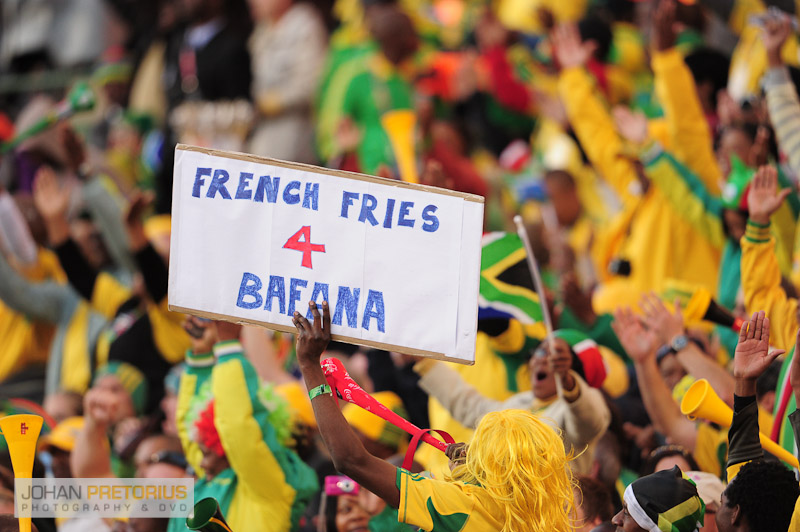 There have been rumours of growing rifts in the Bafana Bafana camp after the morale-sapping defeat to Uruguay in their second game, but they have been swiftly quashed by South Africa boss Carlos Alberto Parreira, captain Aaron Mokoena and now MacBeth Sibaya.

“I suppose now that we lost, the journalists need negative stories,” Sibaya said. “There is no tension or problems amongst anyone.”

Sibaya insisted that the players are focused on their task, with South Africa needing a sizable win against the former world champions and for either of Mexico or Uruguay to be beaten in the other Group A encounter on Tuesday.

With just one point from their two games, South Africa are desperate to avoid the humiliation of becoming only the first host nation not to make it past the group stage in World Cup finals history. Unfortunately, their destiny is not entirely within their control but Sibaya maintains that the desire for the team to go out of the tournament with their pride intact in front of their adoring fans will drive them on to do well against Les Bleus.

“We need to show more character and more fighting spirit than we did against Uruguay. We lost badly to Uruguay and I believe we could have done more,” Sibaya added.

“We need to go out and fight to regain our pride. We need to do a lot better against France and finish the tournament on a winning note.”